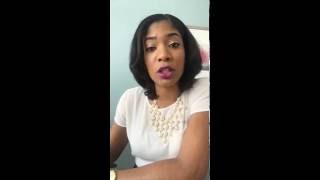 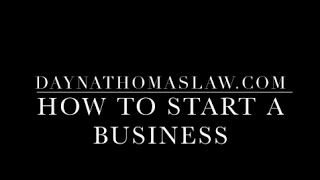 Most of us have seen Straight Outta Compton, the film featuring one of hip-hop’s most notorious groups, N.W.A., whose original lineup consisted of Arabian Prince, Dr. Dre, Eazy E, and Ice Cube. After bringing in over $200 million worldwide and receiving rave reviews, Straight Outta Compton gained only one Oscar nomination, pinning itself as one of the leading contributors to the #OscarsSoWhite protests.

Now that the Oscars have passed, the writers and producers of Straight Outta Compton have come across another obstacle – a defamation lawsuit by Jerry Heller, the former manager of N.W.A. and Eazy-E.

In the film, Heller was depicted as sleazy and devious. The real Jerry Heller was not too fond of this, sparking his claims for defamation and infringement of his right to publicity. According to Rolling Stone, Heller is seeking upwards of $110 million in his suit, claiming that he was made to play the "bad guy" and "a sleazy manager who took advantage of Eazy-E, Dr. Dre and Ice Cube." Additionally, Heller says he never granted permission for filmmakers to use his name and likeness in the movie.

Judge Michael W. Fitzgerald, recently ruled on the defendants’ motion to dismiss in California. He expressed that Mr. Heller’s involvement was of public interest especially since it depicts “An older, white man with extensive experience in the music business contrasted with young black men who feel underpaid, undervalued and exploited.” This statement found itself in conjunction with the #OscarsSoWhite campaign which caused much controversy in several minority communities.

1. publication of a statement of fact

4. has a natural tendency to injure or which causes “special damage,” and

5. the defendant’s fault in publishing the statement amounted to at least negligence.

Regarding the first two elements, there were some not so pleasant verbiage used in the film suggesting that Mr. Heller was a thief and that he withheld a $75,000 check from Ice Cube when Bryan Turner, co-founder of Priority Records, had given N.W.A. an advance on their first gold record. The film also publicizes statements alluding to Mr. Heller inducing Ice Cube and Dr. Dre into signing unfavorable contracts. Mr. Heller declares these statements to be false saying that “Ice Cube never signed the contract, therefore he could not fraudulently induce him to sign an unfair contract.” Unfortunately for Mr. Heller, the burden is on him to prove that the statements were false which may be a tough feat for him. Of course, there are two sides to the story and in my opinion, the makers of the film will likely be protected by the First Amendment which safeguards storytellers and artists who take raw materials of life – including the stories of real individuals, ordinary or extraordinary – and transform them into art, be it articles, books, movies, or plays. In an interview with the Daily Grown, Ice Cube expresses that “Mr. Heller was depicted in a fair light and that the depiction exemplified their internal interactions with Mr. Heller.”

But hey…let’s give Mr. Heller the benefit of the doubt, let’s say that there lacked some truth to how the makers of Straight Outta Compton depicted Mr. Heller. Maybe he wasn’t the underhanded manager that he was depicted to be throughout most of the film. In this case, a truth defense by the makers of the film could be at risk. However, today a statement must be substantially true in order for the defendant to escape liability and there is a heightened aim to protect constitutional interests such as the 1st amendment freedom of speech.

Regarding the third element, the statements made about Mr. Heller will likely have the ability to survive under a qualified privilege defense. A qualified privilege may apply to subject matter that is of public concern or is of sufficient importance that communicating freely is critical. For example, a newspaper reporter may claim a qualified privilege for reporting on official government business. The policy behind the privilege is that openness and transparency is desirable when it comes to issues of public importance, and the media should not be hindered from reporting on or discussing such issues. If a qualified privilege applies to a statement, it means that the person suing for defamation must also prove that the person who made the defamatory statement acted intentionally, recklessly, or with malice, hatred, spite, ill will or resentment. Film reviews that constitute fair criticism fall under statements for which a qualified privilege applies. So, if Mr. Heller says that the statements made were not privileged, this defense would likely fail because revealing how artists and entertainers are exploited in the music industry can certainly be a matter of public concern which should be able to be communicated freely.

“Special damages” as mentioned in element four and according to California Civil Code section 48a, “are all damages plaintiff alleges and proves that he has suffered in respect to his property, trade, profession or occupation including such amounts of money as the plaintiff alleges and proves he has expended.” Mr. Heller has alleged that he has suffered a violation of his rights and an impairment of his livelihood. Although Mr. Heller seems appalled by what was shown in the film, it will be difficult for him to prove he was actually hurt by this. We have yet to find any valid witnesses to come forth on Mr. Heller’s behalf nor evidence that his reputation has suffered due to his portrayal in the film.

Although it is my opinion that Mr. Heller’s defamation claim as it stands would likely fail, it will be interesting to see if an infringement of publicity rights claim against the makers of the film for use of his name and likeness without his permission will survive, but only time will tell.